As most of us have a snow day today I thought i’d share some fun facts about snow!

Deepest snow in the UK

The deepest snow ever recorded in a populated place in the UK was near Ruthin in North Wales – I know, not Scotland!!This was during the winter of 1946-1947. During March 1947 a snow depth of 1.65 metres was recorded.

It doesn’t have to be freezing to snow

Generally the air temperature does need to be at or below freezing for snow to fall. However, if rain falls continuously through air with a temperature at as high as 6 degrees centegrade, it may cause the air temperature to fall low enough for the rain to turn to snow. This is because rain that persists for some time will gradually cool the air that surrounds it.

The snowiest place in the UK

Every snowflake is unique

Every snowflake is different, which is one of the things that makes them so beautiful.

If you look closely at a snowflake you will see countless individual features, all having formed ever so slightly differently in direction or shape owing to the slightest change in the environment in which it formed.

While snowflakes appear white as they fall through the sky or as they accumulate on the ground, they are in fact totally clear.

The ice though is not transparent like a sheet of glass is, but rather is translucent meaning light only passes through indirectly.

The many sides of the ice crystals diffuse reflection of the whole light spectrum which results in snowflakes appearing to be white in colour.

The speed of snow

Most snow falls at a speed of between 1-4 mph dependent upon the individual snowflakes mass and surface area, as well as the environmental conditions its decent.

Snowflakes which collect supercooled water as they fall can fall at 9 mph.

The first person to capture a photograph of a snowflake was a farmer from Jericho in Vermont, US. This was in 1885 after years of experimenting with a camera and a microscope.

During his lifetime he photographed more than 5,000 snowflakes and released a book packed with 2,400 images.

Eskimos have many more words for snow than in English. This has been the subject of much debate over the years.

The dialect spoken in Nunavik, Canada, for example has at least 53 separate words including ‘pukak’ to refer to crystal-like snow that looks like salt, ‘matsaaruti’ meaning wet snow to ice a sleigh’s runners, and ‘qanik’ to refer to falling snow.

Originating from the Greek chion meaning snow, and phobos for fear, the word Chionophobia is used to describe the condition of being afraid of snow.

It is often thought that the fear stems from childhood events such as a sledding accident or being hit by a snow ball and symptoms include cold sweats and panic attacks.

Now to the serious stuff! Snow can be stressful, especially if you have to get to work and you have an unsympathetic boss – What Are Your Rights?

Are you entitled to be paid if you can’t get into work?

In the majority of cases you are not automatically entitled to get paid if you cannot get to work because of the snow.

However, that does not necessarily mean you will lose out.

It is worth trying to come to an arrangement with your boss that you are both happy with. This is supported by the employment advice and conciliation service ACAS.

For example, your boss may agree for you to make up the time at a later date, go to another workplace if possible, or work from home if possible.  They are not obliged to do this though.

There are some exceptions, and some workers have a right to be paid.

Some employers may have it written in staff contracts, or have a collective agreement in place, that they will pay you if you cannot get to work due to circumstances beyond your control.

In this case, if the employer does not pay you, and deduction could be construed as unauthorised.

Can your employer force you to take the day off as holiday?

Only under certain conditions.

You are entitled to a minimum notice period before you have to take leave.

The law states that you must be given warning that is equivalent of twice the length of the leave.

So, for example, you must be given two days’ notice if your employer wants you to take a day’s leave.

However, that does not apply if you get more leave than the statutory minimum.

If you get more than the legal minimum of 56 weeks a year, (typically 28 days), including public holidays, then your employer can compel you to take leave without giving you any notice.

What about unpaid leave?

The situation is different again with unpaid leave.

Your boss cannot force you to take the time as unpaid holiday, unless it is already written into your contract.

He or she would would need your permission to deduct the money from your pay packet.

However, you may want to accept this offer as a show of good will. It could also be better than having to use part of your holiday entitlement.

What if your workplace is closed?

In these circumstances, you are entitled to pay.

In addition, your employer cannot require you to take the time as annual leave.

Don’t get the sledges out yet, though. You could be expected to work from home or from another workplace, if that is possible in your job.

What if you can’t get to work, not because of travel problems, but because your children’s school is closed and you can’t get childcare at short notice?

You have the right in law to unpaid leave to look after children or other dependents in an emergency. If a school is shut at short notice this is likely to be considered an emergency.

Therefore, you would probably be entitled in law to a reasonable amount of time off to make alternative arrangements.

What if you have a boss that is really unhappy and you feel under pressure to try and get in?

The advice from ACAS is clear. ‘Your employer cannot force you to attempt the journey.’

One thought on “Fun Fact Friday” 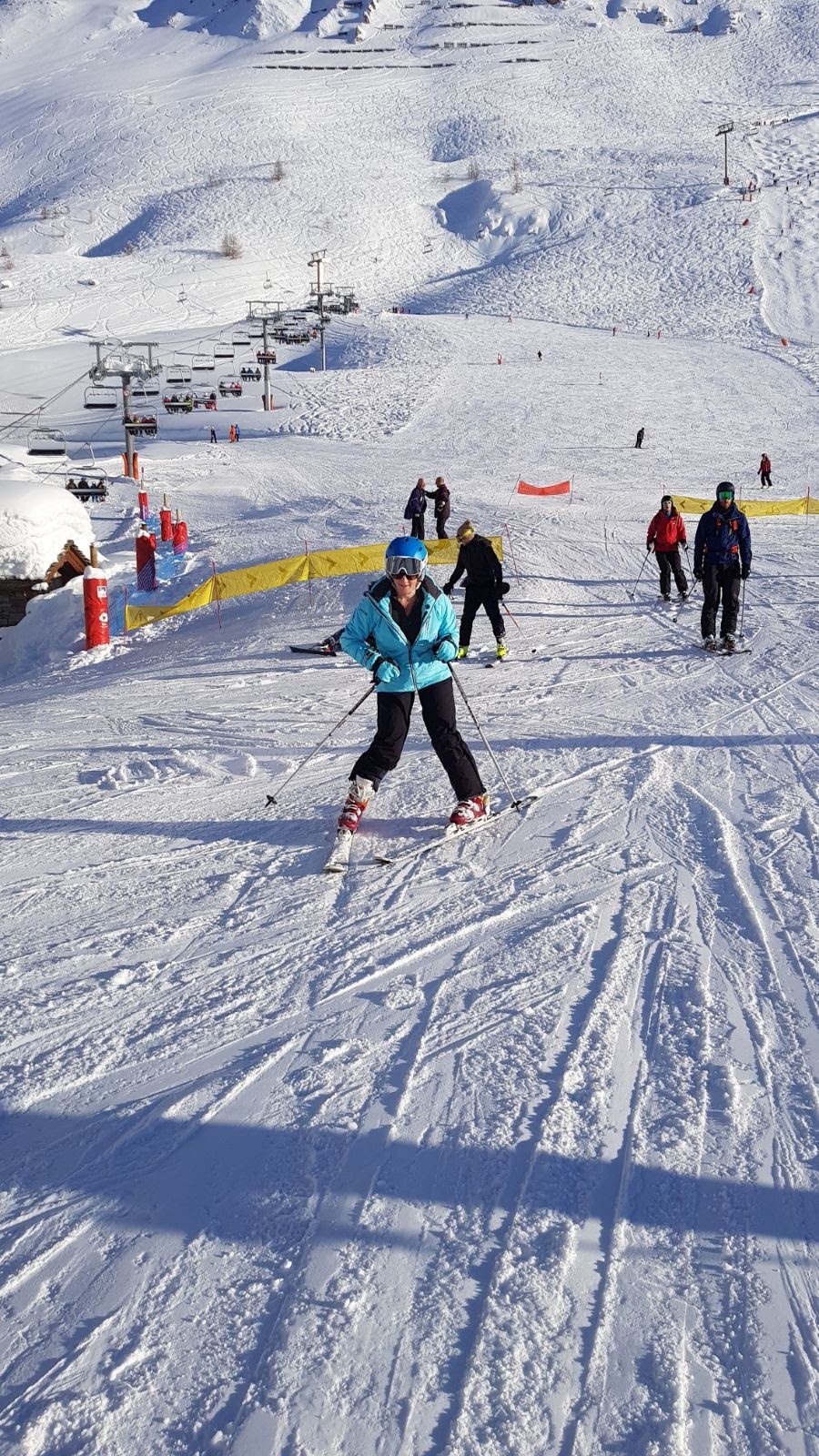 Anxiety is the body’s fight or flight response in full swing. When there is nothing to flight and nothing to flee, the stress hormones that are surging around have nowhere to go so they build up, bringing with them the physical symptoms of anxiety. Physical activity is the natural end to the fight or flight […]

Did you know that Friday’s are the least likely day to be sick. People are much happier and likely to go to work on Friday’s. Friday’s also tend to be the day where it is more social and positive in the workplace. How many of you have a big breakfast on a Friday? How many […]

That’s Bananas Bananas can help improve your mood A banana has approximately 30% of your daily recommended intake of vitamin B6. Vitamin B6 helps the brain produce serotonin, which is considered a mood stabilizer. Serotonin impacts your motor skills and emotions. It is also the chemical that helps you sleep and digest food. Eating a […]

Let’s round up our working week with some fun facts! Monday is the most common day to have off sick in the UK. ELAS Business Support carried out a recent survey, which revealed that 21.4% of employees call in sick on a Monday, compared to 12.2% on a Friday. The worst excuses for calling in […]

Mum’s Set to Get Less Sleep on Mother’s Day 2019 Mother’s Day 2019 falls on the 31 March 2019, which is the same day as the clocks go forward. So many mum’s have already posted on social media sites and commented in newspapers how they feel this is unfair, because so many are already sleep […]

Shona has completely changed my life for the better. For years upon end I was dealing with an addiction problem that was ruining not only my life but my close friends and families life. For years I was told to get help but I made every excuse under the sun to say no or delay it or say I didn’t needit. Not only does Shona talk to you but she also listens to your issues and cares about you as a client and not just about your money. Her service is exceptional, she is available 24/7 and so flexible with her working hours to meet your needs. I couldn’t thank Shona enough and from speaking to my family neither could they.